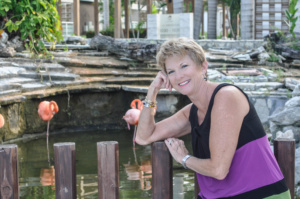 Deveon Sudduth has been clicking a camera for as long as she can remember, but she started looking at taking pictures as “photography” roughly 2000 and really started to find a love for it around 2004.

All of her training has come through reading, online classes/webinars, experimenting, and working with experienced photographers whose work she respects and asking them LOTS of questions. She followed one photographer around on photo shoots as a helper to learn as much as she could. She continues to explore the internet for training and looks at thousands of photographs taken by others in order to gain a better understanding of photography and learn new ideas.

Deveon’s daddy took a lot of pictures of the family when she was growing up. She loves to go back and remember those moments in time. Deveon is a retired Army combat veteran. As she started traveling with the Army in 1979, she wanted to be able to show others what she saw and experienced rather than just by describing it in words. She began seeing different things through her camera lens than what people saw with their eyes. She was told over and over that she really had an eye for photography. “Nothing sparks your interest like confidence boosters,” Deveon says. “That’s when I really started trying to find the most interesting way to look at ordinary things,” she stated. Deveon only took nature and documentary photographs until about 2012 (other than for friends who wanted her to take pictures at a retirement, wedding reception, promotion, etc.) More people started asking for portrait and wedding photography, so she started studying how to successfully shoot those genres.

After her second tour in Iraq, she decided to give herself a nice “welcome home” gift and purchased a Nikon D90. After a couple of weddings and trying to switch lenses while not missing a shot, she knew that she needed more than one camera and bought a second one. Deveon currently uses two Nikon cameras, a D5200 and a D750, with multiple lenses.

She has been married to Jimmie Sudduth since 1998. They have two daughters. She and her husband have 90 acres of land where they raise and train horses. They also own Sudduth Hill Arena where they hold horse events. They have 3 dogs and 2 barn cats. They are huge SEC fans.